Rubens and the palaces of Genoa

Rubens and the palaces of Genoa. In Genoa, an exhibition dedicated to the genius of the Baroque with many canvases that return to Genoa. Until January 22, 2023.

Rubens returns to Genoa: the exhibition “Rubens and the Palaces of Genoa”, set up in Palazzo Ducale and in other Genoese palaces until 22 January 2023, is dedicated to the art of the greatest Flemish painter of the seventeenth century.

Together with the splendor of the Baroque will be celebrated an extraordinary moment for Genoa. The artistic capital was visited by the greatest artists of that time, confirming the appellation of “Superba” which was given to the city.

The exhibition has been conceived by Nils Büttner, professor of the Staatliche Akademie der Bildenden Künste Stuttgart as well as new Chairman of the Centrum Rubenianum in Antwerp; and by Anna Orlando, an independent Genoese scholar co-curator of the exhibition The Age of Rubens held at Palazzo Ducale in 2004.

Over 150 works are presented, among which the approximately twenty canvases by Rubens from European and Italian museums and collections have the leading role, together with those present in the city.

The cultural and artistic context of the city at the time will be completed with the paintings of the authors that Rubens studied or met: from Tintoretto to Luca Cambiaso, from Frans Pourbus the Younger to Sofonisba Anguissola and Bernardo Castello to authors with whom he collaborated such as Jan Wildens and Frans Snyders.

Among the most important paintings by Rubens that will return to Genoa in this occasion there are the youthful ‘Self-portrait’, which never left Antwerp, and the “Portrait of a lady”, the face of the Genoese Violante Maria Spinola Serra, preserved in Oxfordshire.

The exhibition is produced by the Municipality of Genoa with the Palazzo Ducale Foundation for Culture and Electa and was born on the occasion of the fourth centenary of the publication in Antwerp of the famous volume by Pietro Paolo Rubens, Palazzi di Genova (1622).

Pieter Paul Rubens, born in Siegen, on June 28, 1577 and died in Antwerp on May 30, 1640 was the most important Flemish artist of the time and is considered the archetype of the “Baroque”. He stayed in Genoa on several occasions between 1600 and 1607 and was able to maintain direct and very close relationships with the most important exponents of the city aristocracy. 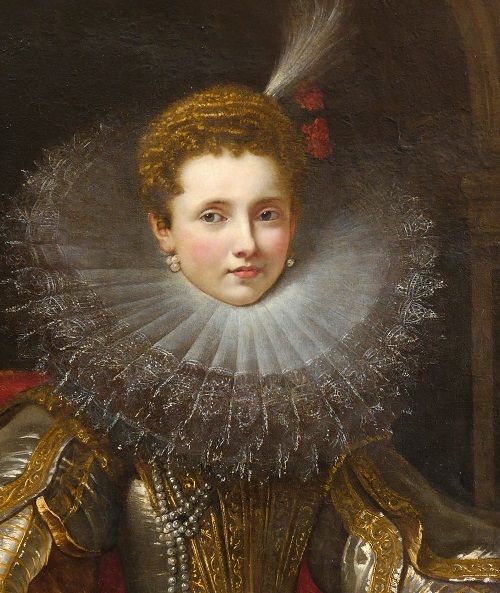