In 1895, the future Nobel Prize winner came to Genoa and stayed at his uncle’s house in Piazza delle Oche.

He was 16 years old. Without abandoning his beloved Kant, packing his compass and violin, Albert Einstein left Munich to join his family in Pavia. It was the spring of 1895.

He became so homesick that a doctor had diagnosed him with a severe nervous breakdown, even putting it in writing. His father Herman, after a couple of bankruptcies, had moved to Italy the year before in search of fortune.

When he did not find it in Milan, he settled in the beautiful house that once belonged to Ugo Foscolo, in Pavia, putting the plaque “Einstein, Garrone & Co” on the door. Herman did not take the flight from Munich very well, but Albert, who was only sixteen, promised to study for six months on his own and in October to take the entrance exam for the Zurich Polytechnic school.

In October, however, he did not pass the exam. But what had the future Nobel Prize winner been up to in those months? He had cured his nervous breakdown and lived like a tourist. He had walked.

He walked from Pavia to Genoa, where he reached the home of his maternal uncle Jacob Koch who run his business in Genoa. Einstein enjoyed the trip so much that fifty years later he remarked that never in his life had he been so free and happy.

The young man arrived in Genoa, on foot from Voghera, after crossing the Apennines. His maternal uncle, Jacob Koch, a wholesale grain merchant, had his office in Piazza delle Oche. Albert’s biographers did not pay much attention to his stay in Italy, and in Genoa in particular. The route followed by young Albert would wind through Bobbio and the Trebbia Valley, following provincial or national roads, towards Ottone, Torriglia and Genoa, which he reached after a few days’ march.

Jacob Koch, his mother’s brother, who may have given Albert’s father a hand when he went bankrupt in Munich, resided in Piazza delle Oche.

The Kochs were wholesale grain merchants for generations. In Genoa, their company was active from 1887 to 1902. And in fifteen years of work in our city, Koch managed his office first in Via S.S. Giacomo e Filippo, then in Castelletto and later in Piazza delle Oche. The activity ended in the alley behind the Coro delle Vigne.

We do not know what impression the old town made on the young Einstein, and in particular the small square that was home to the noisy goose trade in those days. Certainly, in a letter written many years later to Ernestina Marangoni, the great physicist recalled in an uncertain Italian:

“The happy months of my stay in Italy are my most beautiful memories”.

Certainly the square is still there, ready for a souvenir photo for the most attentive and naturally brilliant tourist. 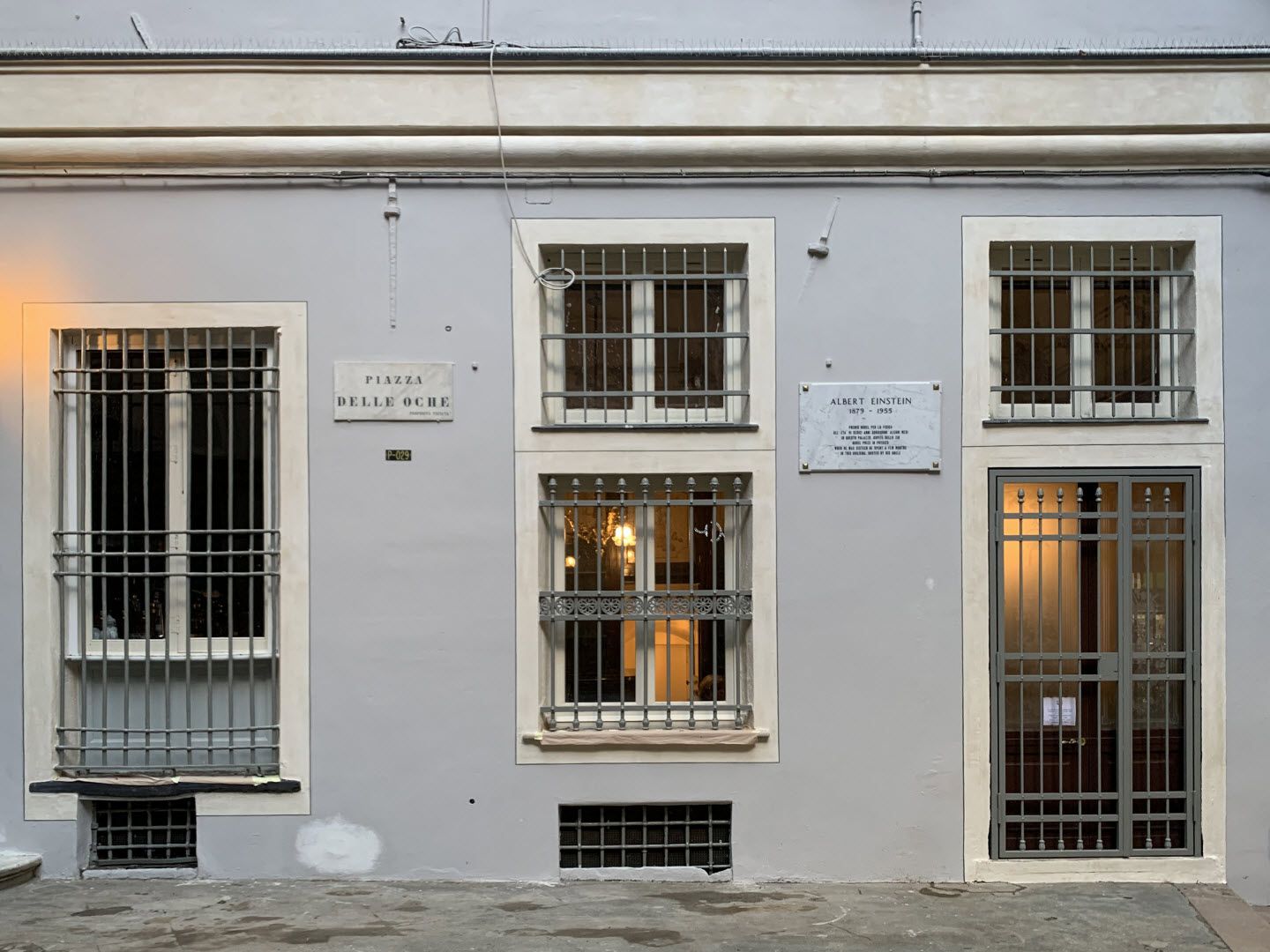