Lizard Castle: the impregnable stronghold of your love

At Apricale, on the summit of a mountain that is always kissed by the sun, stands the Lizard’s Castle, an imposing manor house dominating and observing all that has passed through the enchanting medieval village perched in the province of Imperia town, behind Bordighera town, for centuries.

Apricale is a fairytale town and, like all self-respecting fairytales, it has a castle, a magical and romantic place that can become the most beautiful and unforgettable venue for your wedding day.

You will be the main characters of this fairytale, in love and ready to swear eternal love in front of a breathtaking landscape like the one you will find in Apricale.

In addition to scenic underground passages, the castle houses a splendid collection of works by Maestro Lele Luzzati and a magnificent hanging garden that contributes to creating a magical atmosphere in which to immerse yourself on the most important day of your life!

The village of Apricale seems to climb up the hill, and at the top of its rocky summit, the Castle concludes this run-up towards the sky: there is only infinity beyond the Lizard’s Castle, an ancient defensive bulwark built in the Middle Ages by the Counts of Ventimiglia and then passed on to the powerful Genoese Doria family, a witness to centuries of history in western Liguria and a picturesque gem set in the Apennines.

In the past, the village of Apricale and the ancient castle provided the wood needed by the Republic of Genoa to build the galleys and ships with which to ply the seas and control the dominions in the Mediterranean.

Traces of this glorious past remain to this day in the municipality’s banner, armed with a sailing ship surrounded by oak and olive fronds, whose crops have sustained the local economy for centuries.

Next to the Lizard’s Castle is the beautiful Parish Church of the Purification, whose bell tower was carved centuries ago from one of the Castle’s defence towers: another charming element of this ancient village, a gem of western Liguria and a magical place to seal your love story in a location worthy of the most beautiful fairytale. 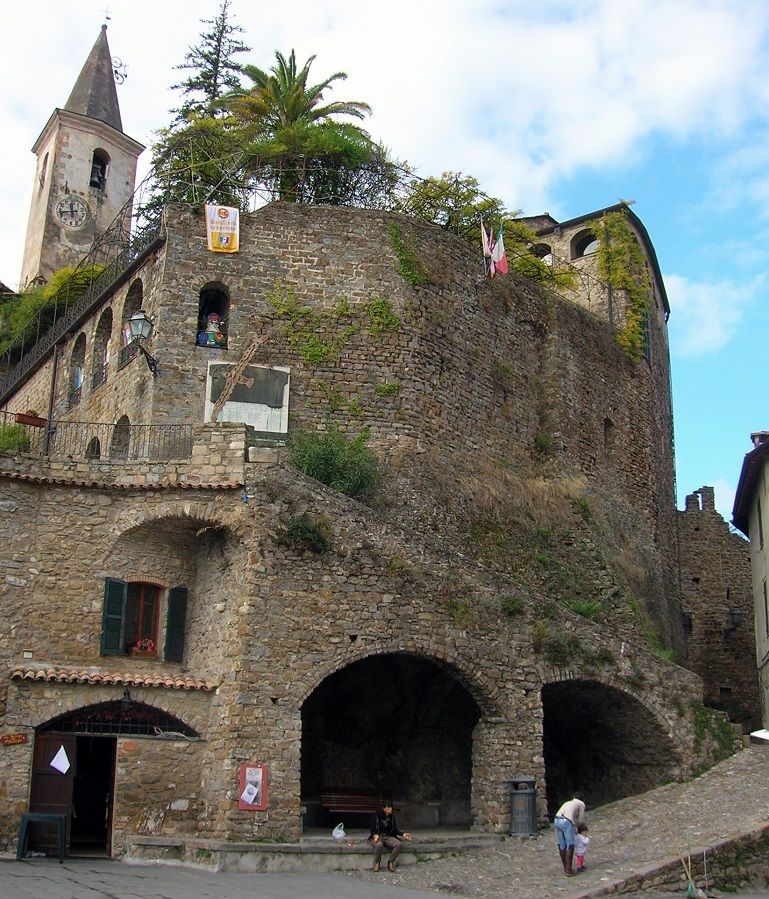 Love & Wedding Back to all tips